Hanshi Myron, Sandan Decland, Nidan Neil & Shodan Daval attended the Panam Koshiki – USAMA Open World Championship 2017, August 5 & 6, 2017 in Las Vegas. It was the first time that Sandan, Nidan & Shodan competed in an open tournament.  They saw old friends and made new ones. They represented themselves and the dojo with distinction.

Below, are videos recorded at the competition. 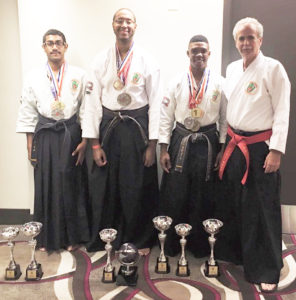